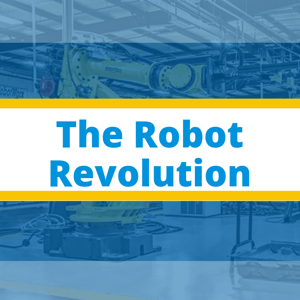 Robots are no longer giant, mechanic beasts that are reserved for heavy-lifting and seemingly repetitive tasks. Now, they are changing, becoming more collaborative, mobile and intelligent. While they are changing due to technological breakthroughs, they are establishing a new place in the industry for themselves.

A simple ten-year analysis revealed that the market for robots and drones will increase from $66 billion in 2018 to $210 billion in 2028. But what’s driving this change. Simply said, plant managers have always looked for ways to automate a greater number of tasks but there have always been hurdles in the form of economic and technical limitations. Over the past decade, technology has evolved in a radical manner, especially with the introduction of low-cost wireless sensors as well supporting 4G/LTE mediums that have made robotic implementations a real commercial opportunity.

First and foremost, a modern robot is mobile; it may still be tied to a particular work space, but it has much more autonomy than its predecessors. Intelligence is sourced from onboard computing elements such as PLCs/PACs while a plethora of sensors (GPS, vision, ultrasound, etc.) make safe mobility actually possible. At a higher level, there is an array of supportive infrastructure that makes the robot intelligent and reusable in multiple situations, such as internet, big data analytics and machine learning.

How did we get here? Starting from 1940, the cost of computing has followed a downward trend, picking up pace after the introduction of semiconductor devices. At the same time, there has been an upward trend in terms of processing power. To put it quantitatively, there has been a decrease in magnitude by the order of 12! These trends put the robotic boom and the ongoing advancements into perspective.

Moving on, the cost of sensors, especially vision sensors has also fallen. CMOS image sensors as well as the software necessary to utilize them have become more advanced, finally allow machine builders to make robots more collaborative. The development in machine learning and Big Data Analytics have also played their part, making robots safer and giving them the ability to carry out sophisticated tasks with minimum intervention.

The final component that has played a major role in the advancement of robots is energy storage. Conventionally, the movement of robots has been tied to a singular location depending on the length of the power cable. Today, energy storage systems in particular Li-ion batteries have become economically viable for large-scale implementation. In the past decade, the price of Li-ion batteries has fallen by 20% on average while their energy density has increased. This has been one of the major drivers behind the popularization of electric vehicles while also proving fruitful for robots.