The Rise of the Smart Factory 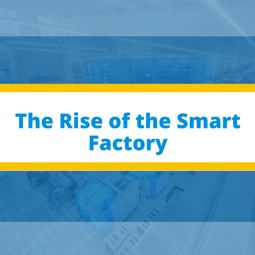 The Factory of the Future, better known as Smart Factory, is a paradise of efficiency where words like defect, downtime, and delays exist only within historical facility logs. The facility is powered by a web of interconnected devices operating together in harmony for the satisfaction of clients and customers within time frames, and at a manageable cost.

Such a factory represents the epitome of technological development, illustrating a perfect mix between high-tech tools and skilled workers that complement each other. And while this may still be a fantastic dream, its much closer than one might think.

In the town of Amberg in Germany, Siemens has built a plant that’s straight out of this dream. The Siemens Amberg Electronics Plant is a 108,000 sq. ft. facility that gleams of efficiency and the wonders smart machines can do for production and distribution. The establishment holds custom, built-to-process abilities involving more than 1.6 billion components and 50,000 annual product variations, allowing Siemens to make 950 different products.

The multiple parameters involved in ensuring top-notch level production of an array of products isn’t something that can be handled by a traditional factory, not at least without risk of a plethora of faults. In retrospect, the Ambery facility only records about 15 defects per million, having a 99% reliability rate, as stated by Gartner.

What’s the key behind this perfect blend of harmony, efficiency and reliability? A mesh of technologies, running in an integrated and interoperable manner.

The Internet of Things

Devices available in the market today come packed with embedded intelligence, but the real challenge is leveraging this intelligence in a compound manner. The answer to this lies within IoT that can form a loose network of assets, allowing machines to make decisions based on data collected from multiple sources. It can be thought of as a digital voice that enables assets to communicate within the plant floor, or as far as the network allows.

The interconnected devices can form a point of convergence between the physical and digital world, enabling software applications to act as decision makers focusing on data that was previously left out.

The network of industrial operations that forms the industrial internet also forms a bridge between the age-old array of machines, networks and facilities from the Industrial Revolution with the advances in the field of ICT from the Internet Revolution. This has opened up new frontiers for productivity, greatly reduced inefficiencies, and brought down unreliability within operation.

Industrial Internet can only come about at full force when three intelligent digital elements like devices, systems, and automation merge completely, allowing productivity to reach at peak levels and wastes to be reduced. Plants will have the ability to tie all their data together, regardless of their geographic location, view their respective parameters on the web on handheld devices, and make relative adjustments to maintain operational efficiency. This would be the true rite of passage for a conventional facility before it turns into a Smart Factory.