Posted on February 06, 2019 by Premier Automation 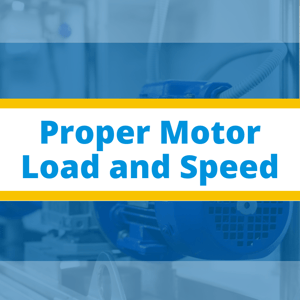 With every passing year government regulations pertaining to industrial motors are becoming more stringent. This is combined with technological breakthroughs that are making Variable Frequency Drives (VFDs) more efficient, leading to greater efficiency in motor designs and operation. It is well known that when an efficient motor is operated at low speeds it can limit losses in control applications.

Throughout the industrial world, electric motors are the biggest single type of load that consumes electricity. In the US manufacturing sector, motors take up 50% of the electricity consumption, driving applications that involve compressors, pumps, conveyors, fans, etc. However, selecting a proper motor according to the application is vital if efficiency is to be maximized and unnecessary overheads need to be cut. In order to do so, the basics of motors and drives must be understood, as well as their suitability to particular applications.

Both motor load as well as speed of operation are important factors. Most industrial applications are designed to operate at variable speeds and loadings. The situation is further complication due to the volatility of the environment in which they operate, taking into account parameters such as humidity, electric lineparameters, power factor, etc.

Currently, motor efficiency is studied by employing a system level approach. For instance, a pump application isn’t analyzed in isolation. Instead, an entire system of supply and demand is considered, with various sides interacting and effecting overall performance and efficiency. Oversizing a motor can lead to greater safety by providing a greater torque range for the application, but the initial cost becomes high, and thus the ROI is lower. As a rule of thumb when sizing a motor and drive system, operating it between 50 – 100% full load is the best approach. Optimal efficiency is achieved at approximately 75 percent, while the motor may not retain the same curve when loading is below 50 percent. However, if the system works as needed at these levels then energy can be saved. In all conditions where the application has a dynamic loading pattern, a VFD can be used to adjust rotation speed and lead to significant energy savings.

Common examples of variable torque loads are fans and pumps that require little to no static lift, following affinity laws. The flow is in direct correlation with the motor speed, and as the input power is dependent on the cube of the speed, small changes in speed can greatly decrease the required input power. For example, a reduction in speed by just 20% can reduce the energy consumption 50% of full-load conditions.

Even though constant torque loads such as mixers, cranes, compressors, etc. require torque that is not controlled by speed, the input power still follows a linear trend with respect to the speed. Running a motor at half speed in these conditions can reduce the energy consumption by 50%. Thus, running any system at low speed can save energy.

But here’sthe catch. The efficiency of a Variable Frequency Drive decreases as the motor load is decreased, meaning a constant torque load operating at 25% loading conditions will not be efficient just because it is running at low-load conditions. But this isn’t true with variable torque loads, with the energy savings offsetting the loss in drive efficiencies at lower loads. For instance, a fan that is running at 50% of its full load air flow needs only 1/8th the full-load input power.

Automated machines usually have motors that are rated at less than 10hp. Furthermore, 3hp motors are also becoming common in such machines. You shouldn’t expect to save $40,000/month just by reducing energy consumption by 10%. Nonetheless, understanding the cause & effect of motor load & speed can raise the efficiency.

Overloading a motor is never a good idea, especially for extended periods of time. In contrast, if the motor runs often at 50% of full load thenyou may have oversized it for the application. This may be a result of peak conditions, but there are other ways to deal with this as well. Some common alternatives are a VFD, two-speed motor or smaller motors. In the last option, the speed of the motors can be adjusted so that the load is operated at maximum efficiency.

The motor loads and energy usage must be studied with the help of appropriate sensing hardware, preferably one that provides a log of the data. This allows a thorough analysis to be carried out and subsequent actions to be taken that are beneficial f

or years to come. Usually, replacing an operational motor with one of lower rating isn’t a good idea as it will only add to costs. Instead, a motor can be replaced upon failure with a more efficient one, therefore, it is important that the analysis be as accurate as possible.

Companies can take assistance from their vendors when it comes to sizing motors properly, if an in-house team doesn’t exist or necessary skills aren’t available. Once the vendor proposes a certain motor size, it is best to get the specifications of recommended motors and study their merits & demerits before making the final call.