Posted on January 02, 2019 by Premier Automation

In today’s world of industrial automation solutions, efficiency is one of the most heavily scrutinized aspects of automated control systems. Any part of an assembly line that is not operating at its maximum efficiency is going to end up costing more money in an energy analysis. In such an analysis, the energy usage of the components becomes the area with the most emphasis.

Gearboxes and motors are some of the principal components in plants where conveyor belts and assembly lines are integral parts of the production process. When it comes to efficiency with gears, it’s all about how the teeth of the gears are interacting. Friction and vibrations are going to be the root cause of most energy losses, and even with lubrication and dampers, the joints are going to get worn out over time. Although maintenance is inevitable, the energy cost of the system over its lifetime is going to be the determinant of the viability of any specific gear.

The graph below shows an average estimation of where the costs from a gearbox or motor system originates over its lifetime: 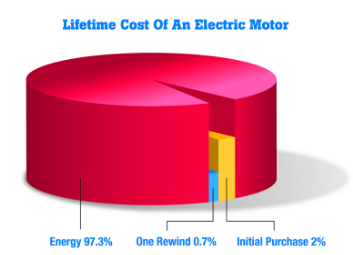 Figure 1: Illustration of the cost concentration of an electric motor

When talking about the efficiency in gears, what we’re really talking about is how the teeth of the gears mesh. The smoother the connection, the less energy gets lost. That’s why, in general, helical gears are more popular in manufacturing than traditional straight (or spur) gears (see Figure 2) when they are used in machines and motor drivetrains. The spiral on the gear allows for a smoother, more complete engagement, as opposed to an abrupt engagement, like on straight gears. This means less vibration, less noise, and less wear. 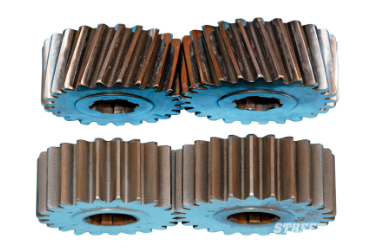 Now, in industry, gearboxes in machines are more likely to serve as a method of changing direction of a force, and for that, the more common setup is to use a worm gearbox (Figure 3). It’s popular because it allows the direction of motion change to only go one way: the worm can drive the wheel, but the wheel cannot drive the worm gear because of friction and force orientation. Thus, it’s useful for gear reductions and for a safety backstop. 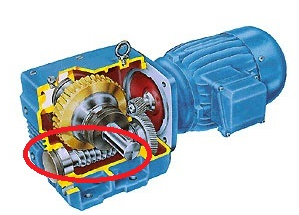 At the same time, worm gears are the least efficient type of perpendicular motion transfer, with around 80% efficiency. While you might think that’s pretty good, compared to a gearbox with around 96%+ efficiency, it seems relatively inefficient.

That’s where some companies find an answer with bevel gears. Bevel gears have their teeth oriented on an angle, so that it looks like a type of chopped-off cone (Figure 4). This allows for pairing of the axles at right angles, changing the direction of motion. In the example of Figure 3, the teeth are again spiraled to allow for a smoother transition between teeth. This type of gearbox will operate with a much greater efficiency than a worm gearmotor, with few drawbacks (Figure 5). Overall, the system has much less friction, which is where most of the energy will be lost. 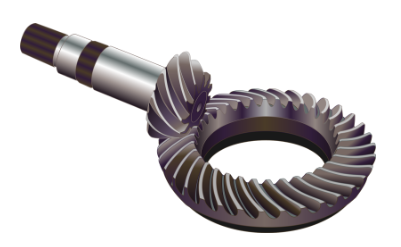 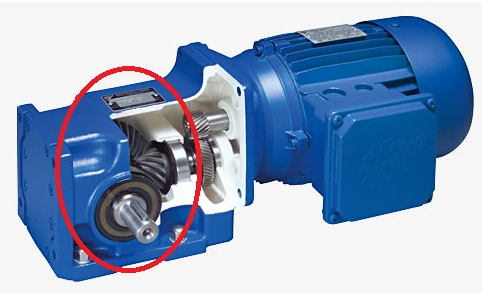 The Savings Add Up

Depending on the supplier, a bevel gearbox can cost about the same as a worm gearbox. But you can save around $500 per year replacing a worm gearbox with a bevel. These can be used for anything from reducing gear ratios to driving a conveyor belt. When you have many gearboxes on one assembly, you can be looking at 20-50 times that amount in savings. In an age of scrutinizing a plant’s energy efficiency, major gains can be made from swapping out more efficient gearmotors, and those gains can result in money your company can invest or save.

Analyze the Efficiency of Your Automated Control Systems

Looking to optimize your assembly line and save some money on energy costs? Talk to the us at Premier Automation! Our engineers are nationally ranked System Integrators — experts at upgrading automated control systems and making your company more efficient. Talk to us for a consultation below.