Posted on December 17, 2019 by Premier Automation 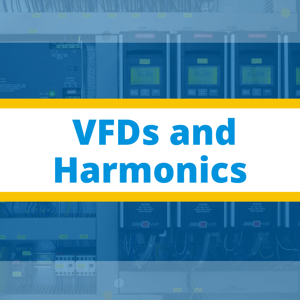 The early 1950's marked the entry of one of the most revolutionary products in the history of industrial automation: the Variable Frequency Drive. Since then, the product design has evolved and refined at an increased pace. Even in the 21st century, there is no alternative in sight, and thanks to continued improvement, VFDs have solidified their position in the field of automation.

Even though VFDs have done a phenomenal job at providing effective speed control and lowering energy losses in fans, pumps, cranes and related applications, some problems still persist, which may be classified as:

VFD manufacturers have long tried to address these issues, and to some extent mitigated them, still leaving room for improvement. Today, most VFDs in the market belong to one of the following two categories:

Let’s take a look at each of the problems persisting within VFD systems and how they have been tackled so far:

This often resulted in the motor being de-rated to compensate for the increased heating. But with the advent of modern pulse-width-modulation technology, near sinusoidal currents have been achieved, with the exception for a small high-frequency component, ranging from 4 – 16kHz. This high frequency component originates from the switching components of the PWM and causes extra heating losses due to the added skin effect and eddy currents in the stator windings and iron teeth respectively.

In order to suppress these high-frequency components, some manufacturers have started offering output filters under the name of “sine-wave and matrix filters” that have series-inductor & shunt-capacitor configurations. These filters are housed within the VFD enclosure but that’s not where the problem ends as even, they produce power loss, preventing peak efficiency to be achieved. A cost-benefit analysis is required depending on the application to reveal the effect of installing an output filter on the efficiency and hence productivity.

Motor bearing problems were present long before the widespread use of VFDs for speed control. In a nutshell, it is impossible to prevent the onset of magnetic flux to the stator, rotor and air gap. The flux produced by stator winding linking the shaft at the non-drive end to the drive end, is always present, no matter what. Due to the magnetic lack of symmetry between the two ends, voltage is induced that results in the flow of a small current in the axial direction of the shaft, from where it ultimately ends up in the stator frame leading to addition heat problems.

For a small cost, insulation can be added to the NDE bearing that can break or limit the current path.

There are two ways in which motor insulation winding can stress over the normal level when driven by a VFD rather than a non-VFD mechanism:

Voltage Doubling Action of the PWM Pulses at Motor Terminals

The PWM inverter sends a string of pulses at a carrier frequency to the motor, with the waves travelling at nearly 100m/microsecond. When the leading edge of the pulse approaches the motor, the pulse doubles in magnitude due to the mismatch between the motor’s winding surge impedance and the cable. This results in a reflected wave that travels back to the VFD, putting stress on winding’s insulation that increases as the frequency of the carrier wave rises.

The issue can prove detrimental to the motor’s health in the long-run as the insulation is continuously degraded, therefore, as part of NEMA’s Standard MG-1, inverter-fed motors that are rated for less than 600 Volts must be capable of withstanding peak voltage of 1600 Volts with a 0.1 microsecond rise time.

Standing-wave Phenomenon Which Occurs When the Cable Length is Approached

In reality, PWM pulses have more of a trapezoidal shape along with a finite rise time, with the latter depending on the inherent inductance of the current path in the inverter and the specifications of the switching device. If the product of the wave propagation velocity and the time for one cycle is four times the length of the cable from the VFD to the motor, then the terminal voltage achieves a magnitude close to infinity.

The problem can be tackled by modifying the rise time, increasing it from typical values that fall within 0.2 – 0.8 microsecond to 10 milliseconds through a dv/dt filter. This increases the critical length at which the phenomenon occurs to 500 meters, enough under normal circumstances.

Harmonics in the Input Line Current

A linear load is described as one which has its current waveform shape similar to that of the supply voltage, whereas this doesn’t hold with non-linear loads. Today, most industries and commercial utilize non-linear loads as part of their operation, examples being induction furnaces, power supplies and VFDs. A non-linear load induces harmonics in the input current and thus effects the performance of all devices connected to the grid.

One of the techniques used for the mitigation of harmonics is Three-level Active Rectification that can improve current waveforms through the addition of three bi-directional IGBT switches in the DC bus. These IGBTs shape the waveform through their switching actions, generating a current that is in phase with the mains voltage.

Several VFDs are retrofitted with three-level active rectification technology along with an input LCL filter that allows low-frequency voltage emissions to pass through while rejecting high-frequency ones.

The inclusion of a Three-Level Rectification circuit can have several benefits such as removal of high-frequency voltage components, lower ownership costs and of course reduced harmonics footprint.